COMMON PROBLEMS IN iPHONE 6s AND HOW TO FIX THEM

We continue to hear about the various iPhone 6s problems impacting users. If you’re dealing with an iPhone 6s problem on iOS 9.3.1 or below, take a look at this list of problems before you take your phone into an Apple Store.

Last year, Apple released its iPhone 6s and iPhone 6s Plus. The two devices replace the iPhone 6 and iPhone 6 Plus and they’re already considered two of the best devices on the market.
We’ve been using the iPhone 6s and iPhone 6s Plus for several months now and we agree. They’re both outstanding smartphones. They’re not perfect though.
As we push into 2016, iPhone 6s owners are still reporting a number of different problems with the iPhone 6s and its version of the iOS 9 update
Apple’s iOS updates have gone through an extensive testing process but bugs and problems always slip through the cracks.
While your first thought might be to make an appointment with an Apple Genius, there are a few things you can try at home before heading to an Apple Store. Here, we take a look at common iPhone 6s problems and offer some fixes for them.
These fixes will work for both iPhone 6s and iPhone 6s Plus and they will work for any version of iOS. Be it iOS 9.0 or the new iOS 9.3.1 update that Apple recently rolled out for the iPhone 6s.
{Note: You can Search your settings so if you can’t find something listed here in these fixes, try searching for it at the top of the Settings screen.}

How to Fix iPhone 6s Slide to Update Problem


Some iPhone 6s users have been running into a Slide to Update problem wherein the phone gets stuck on the “Slide to Update” screen. Obviously, that’s not ideal.

Fortunately, there are a few things that you can try if your iPhone 6s gets stuck on the Slide to Update screen during setup or during an iOS installation.

We got stuck on this screen during the iOS 9.0.1 installation and we were able to solve the issue by unplugging the device from iTunes and installing the update Over-the-Air.

If you see this issue during setup, try unplugging the iPhone 6s or iPhone 6s Plus from iTunes and trying again.

If a simple unplug doesn’t work out for you, Apple recommends restoring the phone from a backup, assuming you have one:

If your screen stops responding for whatever reason, don’t panic. There is a quick fix for the problem that should work for you.

You’ll want to hold down the home button and the power button until the phone resets itself. The iPhone 6s should turn back on within a few seconds and you’ll be asked to input your passcode if you have one. Your phone’s touch screen should be working and you’ll be able to access your apps and files again.

If it doesn’t work the first time, try again. One user we talked to had to reboot the phone three times before swipes and taps worked again.


iPhone 6s and iPhone 6s Plus battery life is solid for most users but some are dealing with abnormal battery drain out of the box and after updating to Apple’s iOS 9.3.1 update.

Mileage always varies when it comes to iPhone battery life but if you notice that your phone is draining battery faster than it should be, you’ll want to take a look at our list of fixes and tips to improve iPhone 6s battery life


The iPhone 6s and iPhone 6s Plus feature excellent 12MP rear cameras. They’re two of the best smartphone cameras that we’ve ever used. That said, even the best have problems and iPhone 6s users are complaining about problems with image quality in low light.

Smartphone cameras always take better photos in well-lit environments. But if you’re noticing a dramatic drop in quality when you’re shooting in a noisy or poorly lit environment, try turing off the new Live Photos features that debuted on the iPhone 6s and iPhone 6s.

Users are saying that by turning Live Photos off, photos taken in low light have improved. They’re reportedly less grainy than photos shot with Live Photos turned on. As 9to5Mac notes, this is because the iPhone 6s is constantly recording at 12FPS to capture a Live Photo.

To shut Live Photos off, go into the Camera application and make sure the little sun-like logo in the center is white, not yellow. With Live Photos turned off, you could see an improvement to the quality of your shots in low-light.

If you want to shoot a Live Photo, simply toggle it back on.


If your iPhone 6s suddenly stops connecting to your Wi-Fi network or starts exhibiting speeds that are slower than normal, there are a few things you’ll want to try.

If you start noticing Wi-Fi problems on the iPhone 6s, the first thing you’ll want to do is reset your Network Settings.

To do this, head into Settings > General > Reset > Reset Network Settings. The process can take a few minutes to complete so be patient. Once it’s done, your iPhone 6s will forget your Wi-Fi passwords so make sure you have them handy.

If that doesn’t work, you can try forgetting your Wi-Fi networks and reconnecting to them. To do that, Settings > Wi-Fi > Select your connection > Tap Forget this Network at the top of the screen. This has been known to jumpstart a poorly performing Wi-Fi connection on the iPhone.

If that doesn’t work, try restarting your router. Unplug it for a minute, plug it back in. You also might want to see if there is a firmware update available for your router. You’ll want to consult your router’s manual to find out how if you don’t know off the top of your head.

If none of those help, take a look at Apple’s list of fixes for Wi-Fi problems.

How to Fix iPhone 6s Lag


We’ve been noticing a bit of lag on the iPhone 6s Plus and it appears that other iPhone 6s users are seeing the same thing on iOS 9.3.1 and below.

If your lag doesn’t go away within two days of setting up the phone or installing a new iOS update, you’ll want to take action.

We’ve put together a list of potential solutions for iOS performance problems that you should look at before taking the phone in.


If your iPhone 6s or iPhone 6s Plus fails to pair to your Bluetooth device, there are a few fixes that could help you repair the connection.

First, reset your Network Settings. Go to Settings > General > Reset > Reset Network Settings. Your device will forget your Bluetooth connections and you’ll now have to reconnect the phone to your various devices.

If neither of those work, try resetting all of your settings. Settings > General > Reset > Reset All Settings. This process will take a few minutes and it won’t delete any of your data or files. That said, your settings will now be at factory defaults so you’ll need to spend some time setting things up again.

If you’re having iPhone 6s Bluetooth problems in the car, you’ll want to consult your cars manual and reset the connection.

First, forget the connection on your iPhone 6s. Next, reset Bluetooth in your car if you can. {If you can’t figure this out, you might have to bring it to a dealer.} Now, try and pair the iPhone 6s with the Bluetooth connection in your car.


If you are seeing problems with LTE or another data connection, you’ll want to investigate this list of fixes because they’ve been proven to work over the years.

If a restart doesn’t fix things, try toggling Cellular Data off and on in your device’s Settings. To do that go into Settings > Cellular > Cellular Data > Toggle Off. After you toggle it off, toggle it back on and see if that helps.

You will also want to try toggling Airplane Mode on for 30 seconds or so to see if that helps restore your data. Airplane Mode is located at the top of your settings.

You can also try shutting off LTE for a few minutes to see if that works. To shut it down, go into Settings > Cellular > Enable LTE > Off. Turn it back on after a minute.

If nothing here alleviates the problem, you’ll want to check social media and the news for potential outages. If you’re certain that there isn’t an outage, you’ll want to get in contact with your carrier or Apple customer support.

If app updates aren’t downloading on your iPhone 6s or iPhone 6s Plus, try restarting your device with a hard reset. Hold down the power button and home button for 10 seconds and wait for the phone to reboot. Try downloading again.

If you notice that an app’s performance is struggling, you’ll want to check to see if there is a new bug fix update available. Developers are still rolling out support for iOS 9 and they’ll always be rolling out bug fixers. Install the update if reviews are good.


A new iPhone 6s sound problem limits the volume of the iPhone speaker and can stop notification sounds until you get an iMessage.

If you run into this problem on your iPhone 6s you can restart the iPhone to get your volume back, but the culprit appears to be the Facebook app. 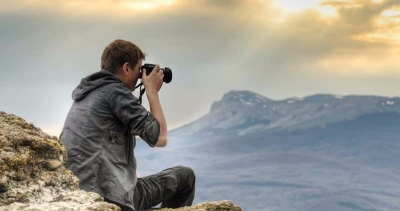 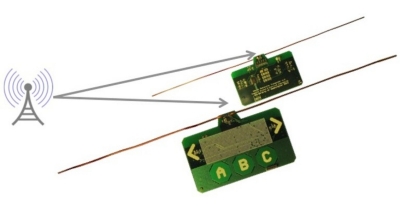 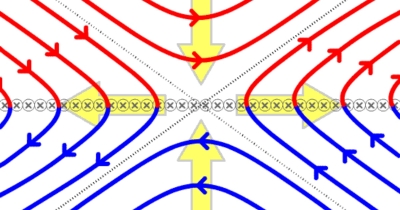 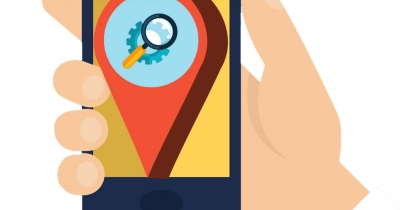 Which Character in Mersal/Adhirindhi Movie Suits for You ?

Where you will find your first love

When will God finish writing your love story

Get relief from Constipation with Ayurvedic Remedies

7 Iconic logos and their hidden symbolism